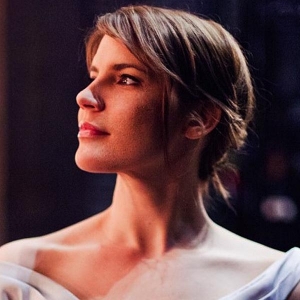 Alice has performed as a featured soloist with Opera Australia, Western Sydney Opera, Harbour City Opera, and Opera Prometheus. She has recently completed a Masters of Performance with distinction at Guildhall School of Music and Drama in London, and holds a Bachelor of Music from the Sydney Conservatorium of Music. She has performed and recorded with The Seven Sopranos, Cantillation, The Sydney Symphony Orchestra and the Australian Chamber Orchestra. She has also sung with The Song Company, Sydney Philharmonia Choirs and The Australian Voices. In 2003, she appeared singing the Australian national anthem at the Rugby World Cup.

Alice attended the Bel Canto Institute in Firenze where she was awarded two prestigious concert awards – a concert series in New York accompanied by assistant conductor from the Metropolitan Opera, Robert Morrison and with the Vermont Philharmonic Orchestra. Alice performed excerpts from Mussorgsky’s opera Boris Godunov with the London Philharmonia Orchestra at Royal Festival Hall and as soloist in the London Handel Festival at Hanover Square. Operatic roles include Pamina, Musetta, Euridice and Helena.

Alice has performed in masterclasses for Maestro Richard Bonyge, Graham Johnson and Professor Susan McCulloch. IAlice was the winner of the Wollongong Eisteddfod aria competition, and finalist in the Richard Bonyge and Joan Sutherland Bel Canto Awardwhere she was also recipient of the Megan Evans Award.