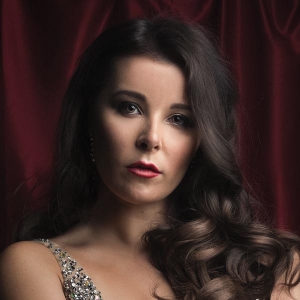 Australian-Italian Soprano, Giuseppina Grech is making a name for herself as one of Australia’s fastest emerging and versatile sopranos. Giuseppina is a multi-award-winning performer with a wide-ranging repertoire from Opera to Broadway, and spectacular ability to captivate audiences with her powerful voice.

Giuseppina holds a Bachelor of Music (Performance) from the Melbourne Conservatorium of Music, The University of Melbourne. In 2014, Giuseppina won first prize in the prestigious Italian Acclaim Opera Fellowship Awards which enabled her to study at the Teatro Accademia alla Scala (La Scala), Italy, studying under the tutelage of renowned international soprano Luciana Serra.

Giuseppina tours Nationally and Internationally with some of Australia’s most celebrated artists as their special guest Soprano, headlining with artists including Mark Vincent, The Australian Tenors, and Maestro Ian Cooper in An Afternoon at the Proms. She has also shared the stage with illustrious artists including Yvonne Kenny, Teddy Tahu Rhodes, David Hobson and James Morrison at Opera in the Alps, Opera by the Loch, and Opera in the Market with the Alpha Sinfonia Orchestra conducted by Guy Noble.

Being recognized as one of Australia’s finest young opera singers, Giuseppina was featured on the Channel Seven Network in Sydney’s Woolworths Carols in the Domain hosted by Sunrise. In 2019, Giuseppina performed solo on Bravo Cruise of Performing Arts with headline artists including Welsh Bass-Baritone Sir Bryn Terfel.

In 2020, Giuseppina released her debut solo album, ‘Love is my Reason’, featuring most loved tunes from Opera and Broadway. The beginning of the year also saw Giuseppina singing in China, Vietnam, and Singapore.